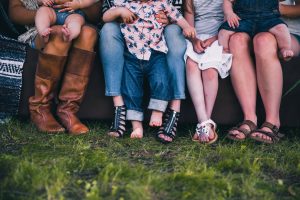 Malcolm and Mary were married in their early 50’s, Malcolm was widowed with 4 adult kids and Mary, a few years younger and divorced, had two teenagers from her first marriage. After living together for a while to test compatibility they sold their own houses and built a new home together, a symbol of their new life and family structure.

Things get a little complicated

A couple of years later, through an inheritance, Mary repaid the mortgage and as a result had contributed more to the building of the house (around $200,000) than Malcolm. Despite wanting only the best for Malcolm she also wanted her children to be the ultimate beneficiaries of her inheritance.  She and Malcolm had bought land and built the house together which meant they owned it as “joint tenants”. She had recently read in a newspaper article that jointly owned assets do not pass through the will but automatically become the property of the other owner(s) upon her death. This meant that if Mary passed away first then Malcolm could inherit the entire house and her children nothing!

Malcolm and Mary talked about this and agreed that Mary’s kids should receive a larger percentage of their combined estate and decided to update their wills to reflect this. But Mary was worried, she knew from first-hand experience that the best of intentions can be forgotten when money, family and lawyers get involved and Malcolm could easily change his will after she died. She didn’t know what to do.

What Did We Do?

She came in to my office and after running through the issues we developed the following strategy:

Everyone was happy and felt secure. The strategy achieved exactly what Mary wanted and potentially even resulted in a better retirement outcome for Malcolm and Mary as the super fund could earn more than the cost of the loan.