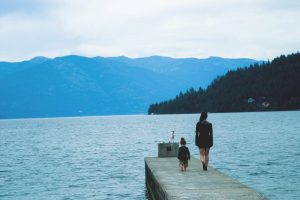 In the recent Federal Court Case of Ievers vs Superannuation Complaints Tribunal, a 20 year old woman tragically died a couple of days after attempting suicide. Her super fund held a modest balance (around $37,000), but also had default life cover of $228,000.

But the defacto partner of her daughter challenged the payment with the Superannuation Complaints Tribunal (SCT), who ruled in his favour; as a “spouse” he should receive the money. He could also argue dependency because her wages were paid into his bank account.

Mum didn’t like the partner, there were accusations of abuse and she didn’t believe that they were actually still together at the time of her daughter’s death. So she took the matter to the Federal Court. And lost. The Federal Court agreed with the SCT, finding that even though there were indications that the couple may not have had a stable relationship it was the responsibility of the Mother to prove that the relationship had ended, rather than the other way around.

This is a great story to tell your clients when you are asking about the relationships of their children. The common misconception is that young people don’t need to have nominations on their super funds or have a will because they don’t have any assets. But since most young people will have a super fund (or a couple) which have default insurance it can turn a modest balance into $265,000.

My family tree discussions are all about stories. I’ll be including this one with my clients, so why not do the same.