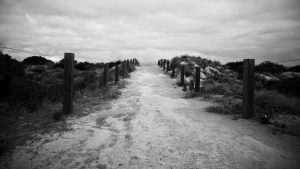 I don’t know what to do… was the frustrated comment when Joan was talking to her oldest friend Mary. ‘I’m never allowed to see my daughter, my granddaughter is 3 years old and I have never seen her even though they only live 2 hours away. And now with this diagnosis I worry about what he will do to my daughter when she inherits all this money’.

Joan was 64 and had been diagnosed with Stage IV Breast Cancer, there was a very real possibility it could be terminal. With 3 children and 7 grandchildren Joan had divorced her husband 14 years earlier and lived in a beautiful home in Sydney’s leafy Eastern Suburbs. Her daughter Louise lived in the Hunter Valley in a difficult relationship with an extremely controlling man. Louise and her two brothers stood to inherit almost $750,000 each if Joan’s heath were to deteriorate.

Mary, a financial adviser, had met me at a local seminar and called to ask if I could help. Joan was worried that her son-in-law could turn violent in an attempt to access Louise’s inheritance because he felt entitled to share in her windfall.

I explained that the question was one of control, not entitlement.

By establishing a protective trust for Louise in Joan’s will she could appoint her two sons as trustees. They could open bank accounts and make investments on behalf of the trust. Typically the trust would restrict beneficiaries to include only Joan’s blood descendants thereby excluding the son-in-law from consideration. Joan’s children, grandchildren and even great grandchildren would be able to receive money from the trust if that was what the trustees wanted.

But doesn’t that mean Louise has to go begging cap in hand to her brothers every time she wants money? asked Mary

Not necessarily, a regular weekly transfer could be established to provide Louise with extra money, or Louise could have signatory rights over a bank account with a limited amount of money. In addition Joan’s solicitors could draft the will so that Louise automatically assumes control of her trust money when she is free of her husband for a specified period of time – say 3 years. Alternatively Louise could act as co-trustee requiring her brother’s signatures on major expenditures.

What if Louise was forced by her husband to take legal action against the estate? Asked Mary. The truth? No solution is perfect; Louise would have that right and probably win access to some if not all of the money. These structures are not designed to protect the trustees from the beneficiaries they are designed to place strong legal hurdles between the beneficiaries and external attack.

As always with estate planning and especially with protective trusts, it is not just about the money it is about the people. You can’t rule from the grave, but you can decide who does.