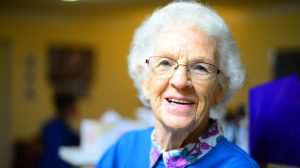 I was recently talking to Andrew, a friend of mine, who shared a story of how his family were blindsided by the rapid onset of dementia in his otherwise healthy father (see below).  He is upset and frustrated that the family did not get in front of the issue. And despite making a personal commitment that this will not happen again in his family, he still asks:

Please, can anyone help?

Andrew has worked in the financial services industry for many years and is intelligent and sophisticated enough to know many of the questions to ask and the implications, but he needs help to guide him and his family through this difficult issue.

As always it is about the right questions and listening to the answers. Depending on the age of the client, it could be helping the client develop their own Care Plan or a Care Plan for their parents. I believe the discussion starts in the following areas:

I believe we are entrusted with our clients’ financial future not just their investments and consequently as a profession we need to be thinking 5, 10 or 15 years into the future for our clients and their family.  By including the family in these discussions not only will we have a greater chance of a successful outcome for the client we will also be building a connection to the next generation as well.

Please read on for Andrew’s story. None of our clients should go through the heartache Andrew did.
Because Good Advice Puts PEOPLE First.
A Son’s Perspective

There are lots of things I regret about the way I treated and spoke to my parents as I grew up.  I gave them nowhere near the respect I should have, I dismissed the life experience that they had on the basis that there was no way they could have known what I was going through.  However my biggest regret is my failure to take a more determined stance and have the hard conversations with them as they aged. I should have spoken with Dad and asked him directly what he wanted and how we would want to be treated once Mum could no longer care for him.

About 2 years ago we noticed that Dad was declining, he was still fit and well, fitter than most people half his age, but his mind was slipping away, ever so slightly a bit at a time, he couldn’t remember what he did yesterday, he forgot about our camping holiday as kids on the mid north coast of NSW and on and on it went. It was clear Dad was slipping into dementia. Dad is 74.

I tried to talk to him and Mum about it, but they dismissed it and refused to talk about the inevitable “what ifs”.  So I just let it go, frustrated and annoyed, but I didn’t push it.  Now 2 years later Dad is in full time care, not far from where we spent that camping holiday all those years ago. He thinks I am his younger brother, hates where he is living, but has no idea where home used to be. As my children grew into adults and started to live and behave like adults, my parents regressed into being children and I wasn’t ready. Putting  your lifetime partner into care is not an easy decision and I know that Mum has wrestled with the guilt of that decision.  A decision that may have been easier to make if we had talked with Dad about it when he was able to be involved and express his opinion.

Now there is the conversation with Mum, she is 74 living alone and 25 mins drive from Dad.  There is lots to consider, financial and lifestyle considerations. What about when she can no longer drive to go and see Dad, they live 7 hours drive from the nearest family. Should I force her to move now while she can?  Should I demand Dad move as well so that they are both closer to family that can care for both of them, or do I leave it and let her repeat the mistakes of the past, just letting the situation drag on until we are forced to deal with it?

The problem with waiting is that when the time comes that Mum can no longer drive or has a health issue she will have reduced options and may not like any of them.  I struggle, as the eldest son to, take some assumed responsibility, do I force Mum to move against her will, or do I just let it be?  It is her life after all and she should have some control. I am also confronted with what would I want if I am in that situation.  So I have decided 3 actions:

None of these are directly financial or legal actions, but they all have financial and legal consequences.  Are there advisers I can speak with?  Finding a lawyer to draft documents is easy, finding a financial adviser that knows how to have this conversation is much harder.

What if I want to tip money in to help Mum buy a place closer to us?  What if my brothers and I want to do that jointly?  What are the legal and financial implications of this? What impacts on mum and dad’s pensions need to be considered? If mum moves in with one of us, how should that be dealt with in her will?  These are real issues and in reality just the tip of the iceberg that needs to be addressed.

Please, can anyone help?