Helen was a widow who lived alone, with an active social life and friends all over the state. She loved spending time with her children and grandchildren and belonged to several social clubs which kept her week full.

An intelligent and professional woman Helen had always taken care of the family finances, was actively involved with computers and griped about internet speed as it stopped her skyping with her grandchildren easily. She changed phone and internet service providers out of frustration, arranged her own insurances and even got the “solar man” to come and setup panels on her roof so that she saved money on the cost of her power bills.

Her children frequently found that she was not at home and were proud that she lived a happy and active life.

One day Helen started to have pain in her temple and felt quite strange. Overnight the pain became excruciating and she called her daughter Hannah to say something was wrong. Hannah, a senior nurse at the local hospital met her when the ambulance arrived and she was rushed into surgery having had a nasty stroke. 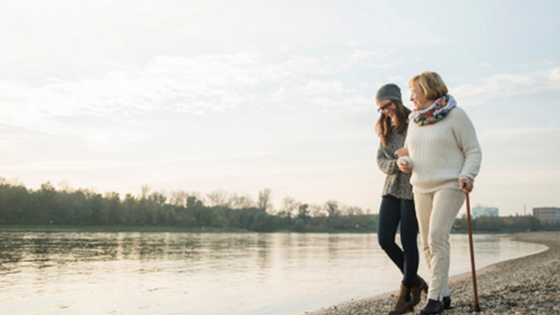 Hannah and her siblings waited for many hours before the surgeons confirmed that their mother had suffered a significant stroke and at best would require care for 2 months, at worst she may never recover or have another stoke, this time potentially fatal. As you can imagine this was a difficult period during which the family stayed close.

Helen was very ill but ultimately recovered, although had to remain in care for 5 months.

During that time the bills continued to arrive including her internet and telephone bill, power bills and house insurance. For reasons that make no sense in hindsight Hannah and her brother both assumed that the other was collecting the mail and paying their mother’s bills.

When Helen returned home she was dismayed to discover her power had been cut off and her internet had been disconnected the day before. Phone calls and payments made sure the power was restored within a few days and Helen had to stay with her children until then. It took 4 weeks for the home phone and internet to be restored, it was of course the holiday season and services were very slow.

Helen recovered well but tired easily and needed the connection that the telephone and internet brought her. Had there been a simple checklist of things to address and a list of bills to attend to Helen’s domestic situation would have been handled gracefully and she could have returned home without frustration.

The EPFL Information That Matters report provides a detailed list of all the relevant bills, when they are due and how they are paid. Rather than taking weeks to find the relevant bills a quick glance at the right page would have solved everything.